There are now several drugs approved here for malaria, whose prescription meets the individual needs of the traveler: e.g. Resochin®, Paludrin®, Lariam®, Malarone®, Riamet® and in exceptional cases the antibiotic doxycycline *.

Depending on the frequency of malaria cases in the destination country, the length of stay, the individual’s state of health and the type of travel, there are the following options for dealing with the malaria problem:

Do nothing and rely on local health systems

Carriage of an emergency aid

Prophylactic taking of medication and additional carrying of emergency medication

The sole use of an emergency medication for the treatment of an outbreak of malaria (stand-by) may be considered if:

the probability of a malaria disease is very low

there are existing contraindications for prophylactic drugs

You should discuss this in detail with your doctor.

After taking a malaria medication for self-treatment, you should seek medical treatment as soon as possible, but no later than after your return.

In general, a tropical physician should be consulted for all illnesses during and after travel to the tropics and subtropics.

If fever occurs for more than 2 days immediately see a doctor.

If no doctor is available, immediately start emergency therapy.

If the fever persists, a doctor or clinic must always be consulted immediately.

* Please note the instructions for use of the medication. The brand names are given as examples. With regard to dosage and other recommendations for taking malaria medication for prophylaxis and therapy or stand-by, we refer you to our relevant patient information, which you can obtain from us at any time. Pati0311

There are three different types of malaria, caused by different pathogens:

The pathogens are transmitted by the mosquito species Anopheles. The danger of being bitten is particularly high in the evening and at night. The pathogens first go through a development cycle in the mosquito and then in humans. There they multiply after a so-called liver phase in the red blood cells. These are destroyed, which leads to a fever attack.

The diagnosis of malaria:

Malaria can be diagnosed relatively quickly and reliably from a blood smear or the so-called “thick drop”. However, the evaluation of the stained preparation requires some practice. However, most doctors in malaria regions are well versed in diagnostics. The self-test for malaria is relatively difficult and not absolutely reliable..

The spread of malaria:

Malaria is widespread in most tropical and subtropical regions of the world. Worldwide, 200 million people contract malaria every year and more than 1 million die of the disease. In more than 100 countries of our world, it is mainly the population there that is affected and less so the tourists.

About 1000 cases are introduced into Germany every year, most of which could be avoided by reasonable prevention.

The main symptom of malaria is fever, at the earliest 5 days after possible infection in the malaria area (incubation period). However, the fever attacks only occur in tertiary and quartary malaria at regular two-day and three-day intervals. Malaria tropica, on the other hand, can only simulate flu-like symptoms with continuous fever. Initially the symptoms may be mild.

Thus during and after a stay in the tropics any unclear, feverish disease is suspicious of malaria until it is definitely ruled out.

In most cases, malaria occurs no later than 6 weeks after the stay. Malaria tertiana may also develop much later, but rarely.

Always inform your doctor about previous trips and in particular tropical stays if you become feverishly ill.

While the malaria tertiana and malaria quartana are very unpleasant, but mostly benign, the malaria tropica can lead to death, if untreated from the 5th day of the outbreak.

However, it is still true that any malaria can be treated and cured if it is thought of in good time and treated properly.

Unfortunately, malaria cannot be safely confirmed or ruled out due to the clinical picture alone. Malaria is generally perceived as a serious disease. So, if you get feverishly ill in the tropics, if you feel very bad without a cause such as a cold or diarrhoea being apparent, you have to think about the possibility of malaria.

In case of doubt you should consult a doctor as soon as possible. Caution is particularly advised in the case of unusual disease progressions.

It is best not to let malaria develop in the first place. In addition to malaria, insects can transmit other unpleasant diseases.

Consistent protection against stings can reduce the risk of malaria to one tenth.

Application of mosquito repellents, if necessary also on clothing

Use of a mosquito net (soak with mosquito repellent if necessary)

No light in the room when the window is open

If necessary mosquito repellent spray in the bedroom

By taking medication you can prevent malaria with a high probability, but unfortunately not absolutely certain. It is important that you take it reliably and especially that you take it for 1 or 4 weeks after leaving the malaria area.

Every malaria disease on holiday signifies a danger for the traveler and a clear impairment of the recreational value. The prophylaxis recommendation should be adapted individually according to these guidelines and taking into account possible side effects of malaria medication.

WE ARE ALWAYS HERE FOR YOU! 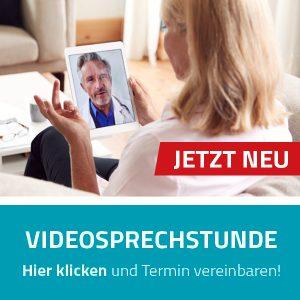 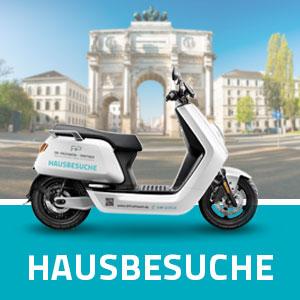